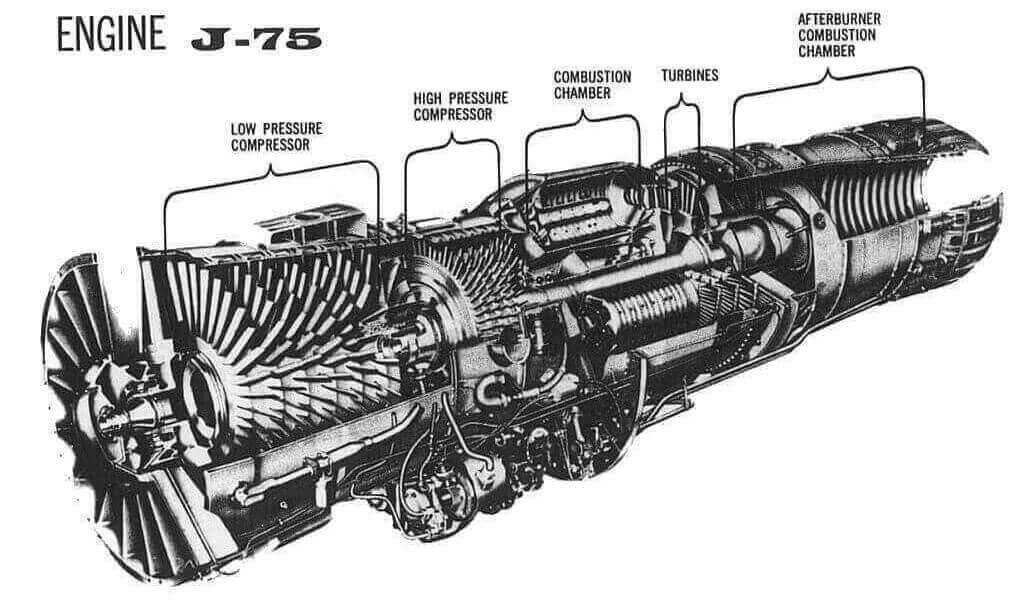 The F-106 was powered by a single Pratt and Whitney J75 axial-flow, dual compressor J75-P-17 turbojet engine producing 16,100lb's of thrust, 24,500lb's of thrust in afterburner. The original engine used duringearly testing was the J75-P-9, but the -17 later replaced it. The J75 was a scaled up J57 and first flew in 1955. This turbojet was in production from 1956 through 1967 and was the same engine which poweredthe Republic F-105 Thunderchief.

The -17 model included a modified afterburner exhaust shroud with a redesigned exhaust called the Idle Thrust Nozzle. The exhaust shroud wrapped the entire exhaust cann encasing the entire afterburner exhaust area andhoused the exhaust eyelids or the or Converent-Diverent Nozzle. The eyelids were closed between idle and full-mil throttle, but opened when going into afterburner during take=off and at altitudes below 30K feet.Above 30k feet there was no delay when the afterburner was selected as the nozzle did not open prior to A/B light off. When they did however, at take-off, the 2 second delay between fullmil throttle and AB light off wasto allow for the eyelids to open. If they didn't - - eyelids all over end of the runway, which did happen on rare occasions. This eyelid process was automatic.

The actual shape/design of the shroud exhaust was to limit the motors idle thrust, which tended to blow everything everywhere on the ramp and while taxiing, so for the -17 model Pratt Á Whitney reesigned theexhaust with the Idle Thrust Nozzle.

Other Aircraft That Used This Engine 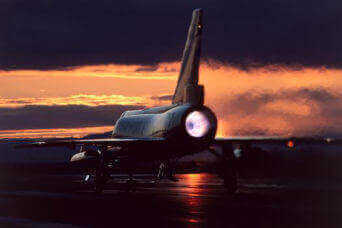