In the mid 1990s until after the turn of the century 2000 there was an idea being seriously considered to utilize a modified F-106 as the reusable first stage of a Satellite Launch Vehicle.

Destiny Aerospace was encouraged by DARPA to submit a proposal utilizing the F-106, which president Tony Materna of Destiny Aerospace did in Feb 2002 [Read The Final Destiny Aerospace Submission Proposal Report]. In March 2002 however, the selection committee at DARPA turned down the F-106 proposal. Alternative methods were investigated through-out 2002 and early 2003 to involve the F-106 with at least the engine mass injection flying phase, which never successfully materialized.

Joe Sylvia, Convair Tech Rep, writes to us on 1 Aug 2013:
"The water injection theory was actually accomplished in an F-106B at Ft. Worth. It reached Mach 2 at a very rapid rate. I had the time difference but I've missed placed it. I didn't know about this until I got involved with this project. I believe the Air Force didn't buy it because of the weight penalty of carrying the water and reduced fuel load. This is only my opinion! Besides the six reached Mach 2 fast enough without the water injection. The project Manager for DARPA was on our side, but the Contract Committee turned us [the proposal] down. I don't believe DARPA ever did pursue with a viable project."

SMSgt (Ret) Erv Smalley, F-106 MA-1, writes on 1 Sep 2003:
"Having been involved with this project from nearly the beginning, I was allowed to construct a website detailing the program and was ready to link it up, pending contract award. Since Destiny Aerospace wasn't selected, we elected to delete the website in March 2002. Now, with the passing of time, we have decided to reconstruct part of the F-106 RASCAL website to let the F-106 community know "What Almost Was."

So, the F-106 RASCAL Program literally never got off the ground after almost two years of investigating ways to involve the F-106, much to the disapointment of the team of scientists and engineers assembled for this project. The small fleet of seven flyable F-106s available at Davis Monthan AFB AZ had been reduced to four flyables when three F-106's were released for museum displays at Castle CA, Hill AFB, UT & Edwards AFB, CA.

The US Air Force, in 2001, issued a Mission Need Statement (MNS) outlining the requirements for Operationally Responsive Spacelift. The RASCAL demonstration objectives are to place satellites and commodity payloads, between 50 and 130 kilograms in weight, into low-earth orbit at any time, with launch efficiency of $20,000 per kilogram or less.

While the cost goal is commensurate with current large payload launch systems, the operational system, through production economies of scale, will be more than a factor of three less than current capabilities for the dedicated micro payload size. This capability will enable cost effective use of on-orbit replacement and re-supply and provide a means for rapid launch of orbital assets for changing national security needs.

The RASCAL program will validate the ability to operate from a 2,500-meter runway with minimal peculiar support equipment and independent of test ranges for telemetry and tracking support. It will also demonstrate mission turn-around time within 24 hours of payload arrival.

This program will utilize reusable an 80,000-pound, winged reusable vehicle for the first stage and will take advantage of low-cost rocket technologies for the expendable upper stages. With recent advances in design tools and simulations, this program will prudently reduce design margins and trade-off system reliability to maximize cost effectiveness. This program will also leverage advancements in autonomous range safety, first-stage guidance; and predictive vehicle health diagnosis, management and reporting to lower the recurring costs of space launch.

The power plant is comprised of conventional, military gas turbine engines but with a technology enhancement called Mass Injection and Pre-Compressor Cooling (MIPCC) that allows for higher Mach number and altitude operation. This capability is required for the MPV to accomplish a zoom maneuver in which the vehicle accelerates as it climbs to very high altitude. There it deploys the expendable upper stage that places the payload on obit. The reusable MPV then decelerates upon reentry and lands on a conventional runway.

RASCAL is a five-year, $88 million program. An operational RASCAL system was initially planned for 2007.

On 22 April 2002 DARPA selected six contractor teams for the first phase of the RASCAL Demonstration program. Each team expected to receive between $1,000,000 and $2,000,000 for the nine-month phase one study. The selected teams were:

Although the leader of one performing team, Coleman Research Corporation, is a traditional defense supplier, three team members are nontraditional and participating substantially in the first phase of this project: Vela Technology Development, Inc.; PanAero, Incorporated; and XCOR Aerospace, Inc. The use of an other transaction provided access to these commercial firms, thereby broadening the technology base.

The use of an other transaction resulted in a more flexible, tailored allocation of intellectual property rights than is possible under a procurement contract. It also allowed the members of this team to utilize their normal operating practices, whether commercial or government oriented, without being forced into standardized government systems and procedures, especially for accounting, reporting, and making changes. This flexibility contributes to innovative pursuit of technical accomplishment, free of rigid requirements which are not appropriate for this collaboration.

The Pioneer Rocketplane/HMX team is an entrepreneurial small business cooperation, established to revolutionize space access by developing low risk, profitable, reusable launch vehicles and associated systems. Not only is the team itself a nontraditional performer tailored to this project, but several of its members are nontraditional defense suppliers in their own right (Pioneer Rocketplane, HMX, Inc., and Aurora Flight Sciences). The use of an other transaction provided access to these nontraditional performers, thereby broadening the technical base. The Pioneer Rocketplane/HMX team will use a disciplined, but innovative, systems engineering approach to integrate government requirements with the commercial marketplace to develop next generation space launch systems. This

Phase 1 ended with a spiral downselect from these six teams to two teams to continue with system design for a 12-month second phase.

Phase 2 began on 13 March 2003 when DARPA selected Space Launch Corp., Irvine, Calif., to move into the 18-month second phase of the RASCAL program.

Based on the results of phase two, DARPA will determine whether to continue on into phase three. During phase three, a single winning contractor will fabricate, integrate and flight-demonstrate two payload insertions in FY 2006.

The Space Launch Corporation of Irvine, California, is in the initial development stages of its SLC-1 launch system. The SLC-1 will use a small expendable booster, consisting of multiple, custom-built stages based on existing technology. The booster will be deployed from a turbojet-powered aircraft and be able to place payloads of up to 150 kilograms (330 pounds) into a 500-kilometer (311-mile) orbit inclined at 28.5 degrees.

The company is targeting microsatellites and other small payloads that would otherwise be launched as secondary payloads on larger vehicles.

The Space Launch Corporation was selected as the sole prime contractor for DARPA's Responsive Access, Small Cargo, Affordable Launch (RASCAL) program in March 2003. RASCAL is a new tactical launch system that will provide the US military with the ability to launch time critical space-based assets within hours of detection of an emerging threat. Under the DARPA RASCAL program, Space Launch expects to achieve mission recurring costs of less than $10,000 per kilogram.

In November 2004, the Space Launch Corporation announced successful completion of the second phase of the DARPA RASCAL program. The goal of Phase 2 was to advance the design of the RASCAL system concept and mitigate the technical risks identified in Phase 1. The RASCAL system consists of two major elements; the MIPCC-Powered Vehicle (MPV), a new aircraft employing mass injection pre-compressor cooled turbojet engine technology, and a multi-stage expendable rocket vehicle (ERV). Phase 2 ended with a successful system preliminary design review (PDR).

Phase 3 of the RASCAL program, scheduled to begin in the first quarter of 2005, will culminate in the fabrication and inte-gration of a prototype RASCAL system and two flight demonstrations where a small payload will be launched into LEO. The first RASCAL demonstration launch was expected to take place in 2008. 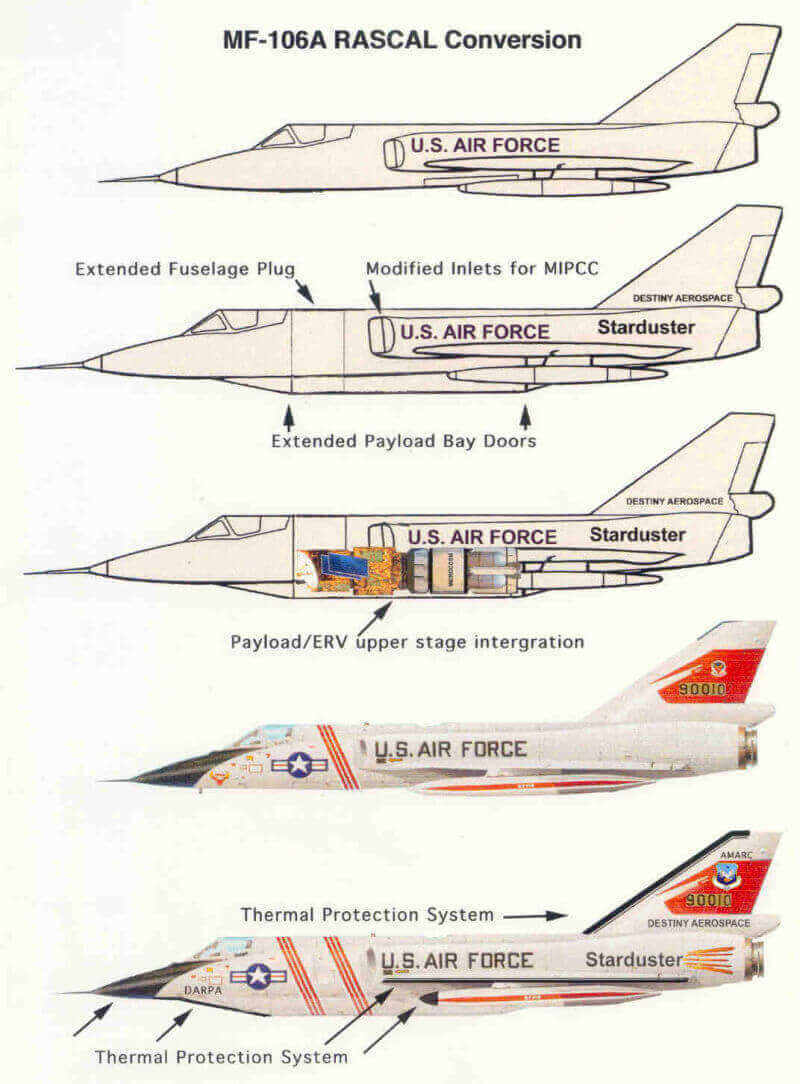 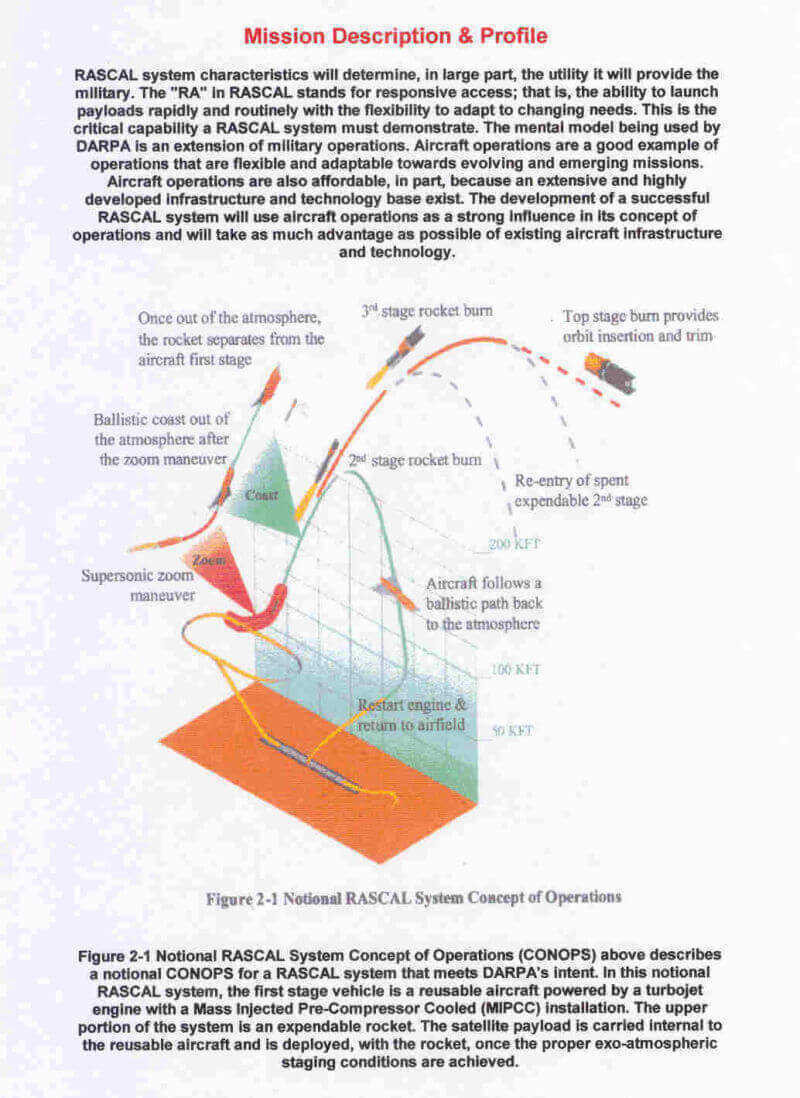 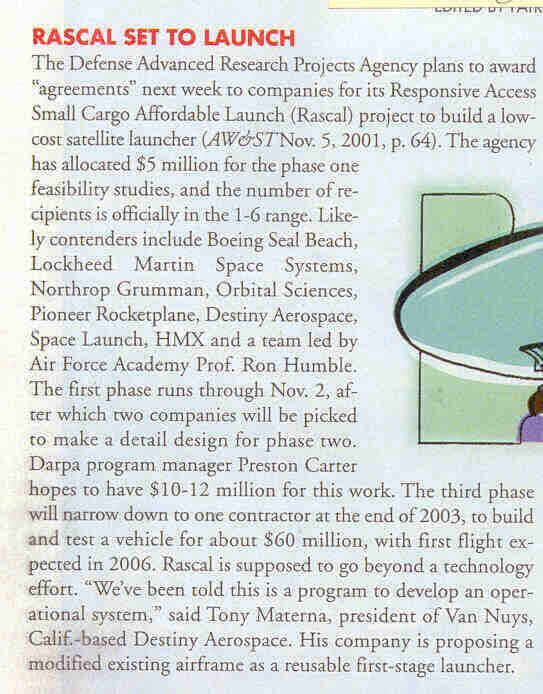 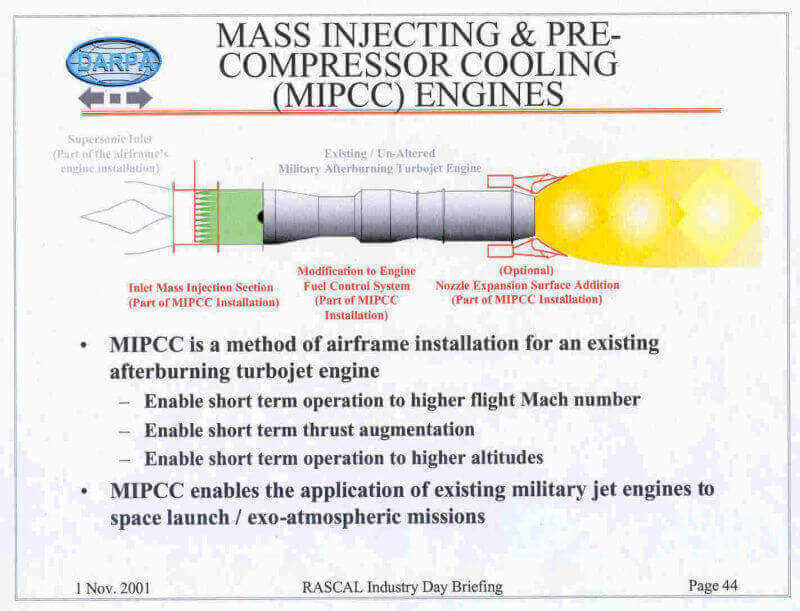 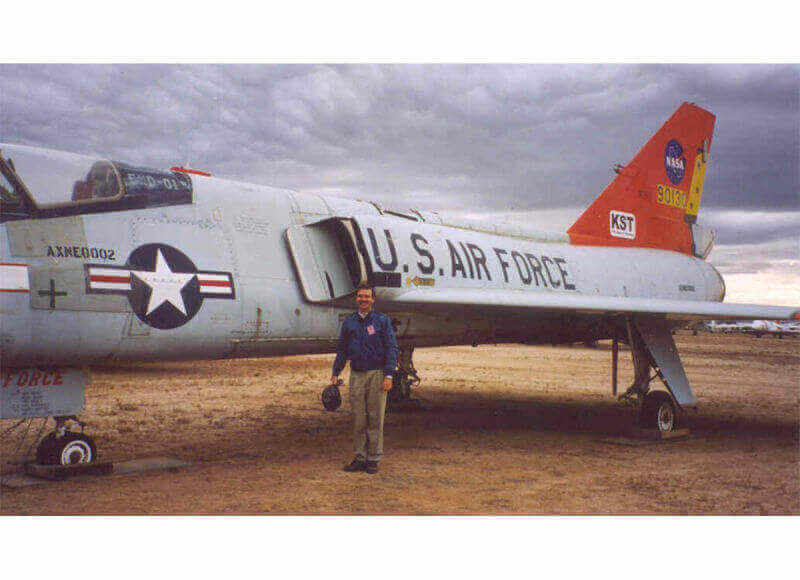 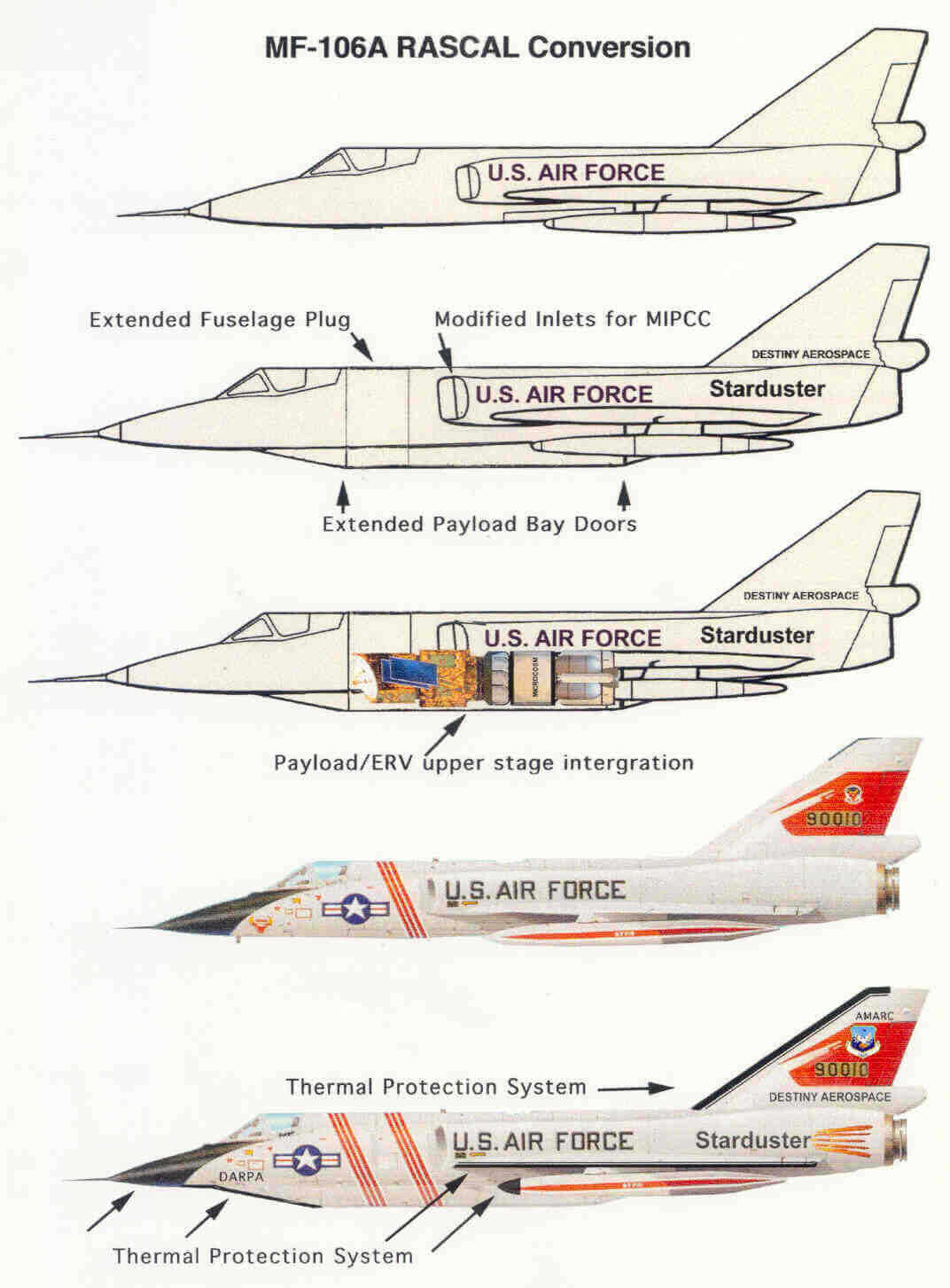 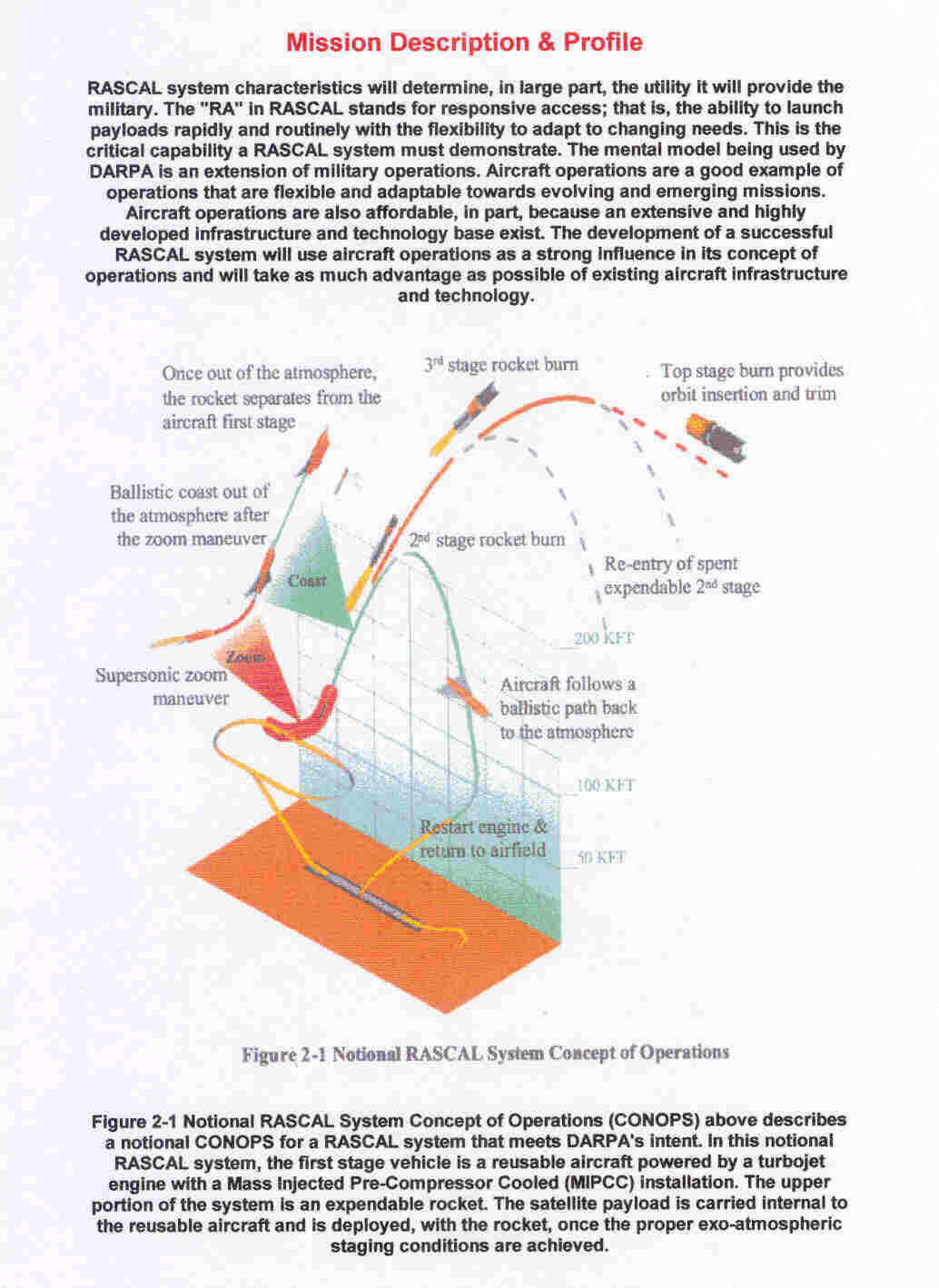 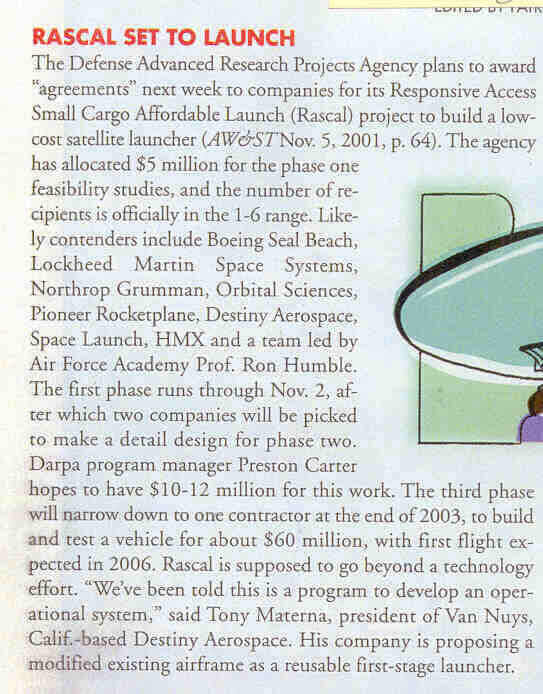 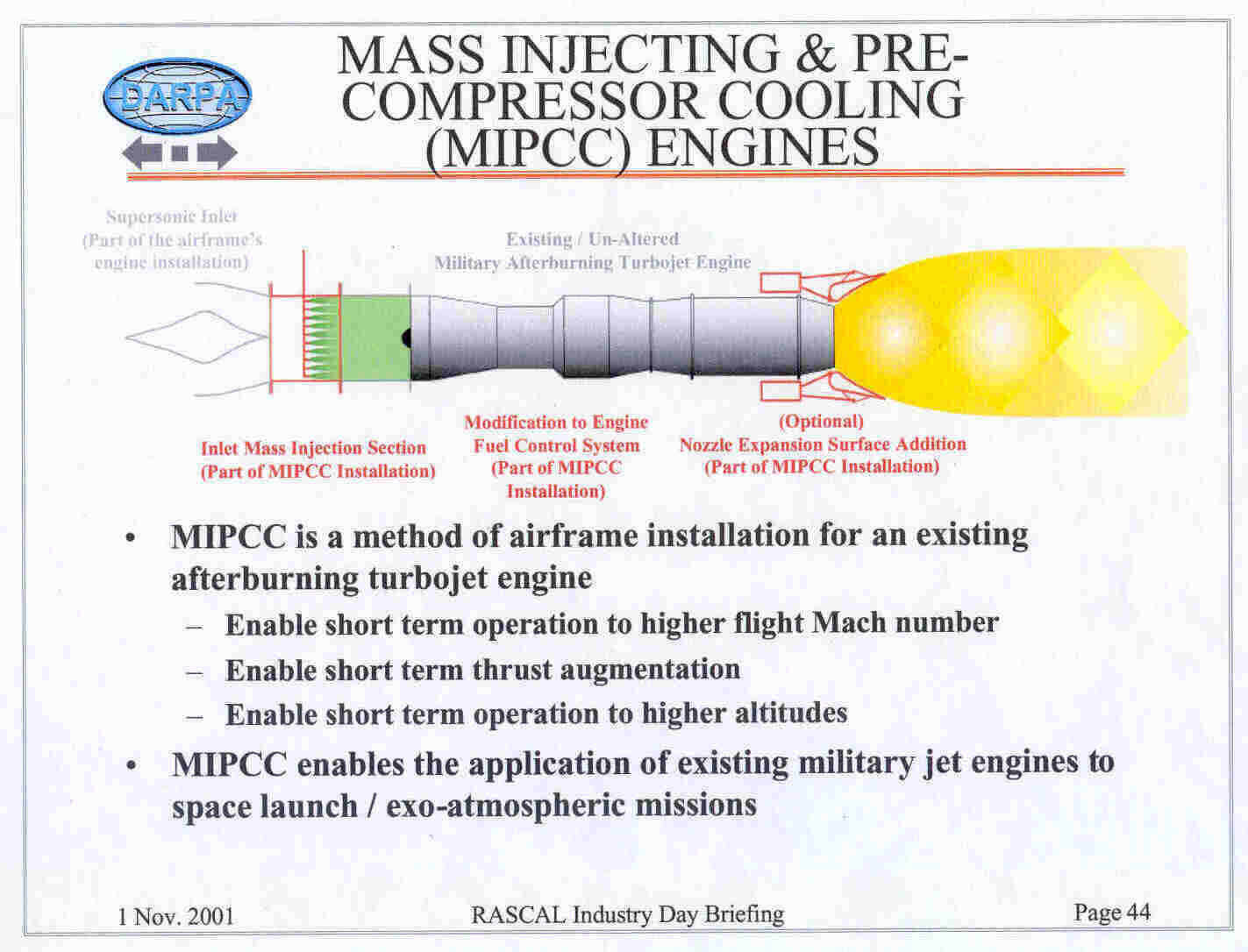 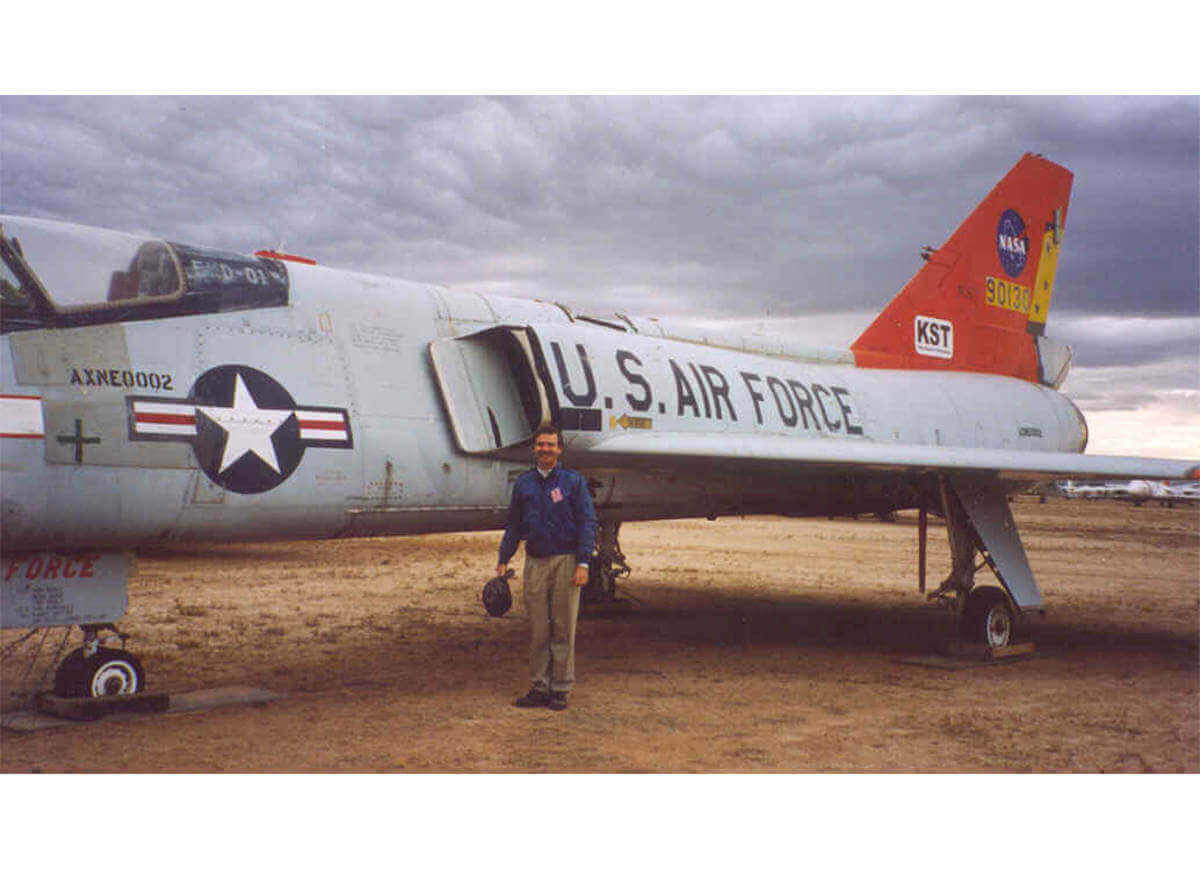 "The key enabling technology that will make suborbital spaceflight possible for the F-106 is the MIPCC (Mass Injection Pre-Compressor Cooling). The aircraft was called the MIPCC Powered Vehicle (MPV). MIPCC involves spraying water just in front of the J-75 engine's compressor blades as the plane approaches Mach 3. This cools the superheated air in the engine inlet, tricking the engine into thinking it is operating at a lower Mach number. It also increases the density of the flow through the engine, as well as its volume. The result is that the engine produces more thrust the faster it goes. Increased thrust levels of 100%, 200% and 300% are possible, depending on the amount of water being used. This technique also allows the J-75 to operate at much higher altitudes than it was designed for."

The Defense Advanced Research Projects Agency (DARPA) has canceled an effort to develop a low-cost small launch vehicle that utilized a high-speed aircraft, Space News reported Wednesday. DARPA said this week it elected not to proceed with the Responsive Access, Small Cargo, Affordable Launch (RASCAL) program, which completed a "Phase 2" design-and-development stage late last year. RASCAL, under development by a team led by Space Launch Corporation, would have used a high-speed aircraft what climbed to about 60 kilometers altitude, where it would deploy an expendable rocket to place small satellites in orbit. RASCAL was intended to launch satellites weighing up to 150 kilograms into low Earth orbit for as little as $10,000 a kilogram, and perform such launches on just 24 hours' notice. The fate of RASCAL had been in doubt for months, particularly after DARPA Director Tony Tether expressed doubts about the program at a smallsat conference in Utah in August. DARPA will instead proceed with other efforts to develop low-cost responsive launchers, such as the FALCON program. Space Launch Corporation officials said RASCAL was their main source of revenue, but that they are exploring other opportunities.