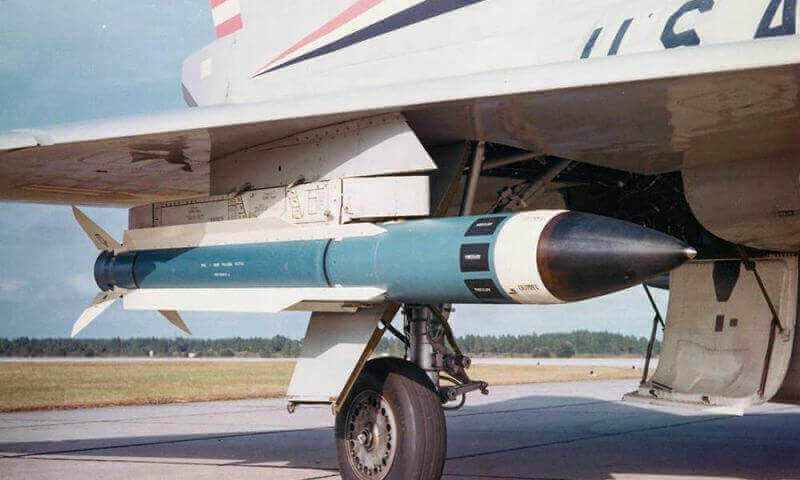 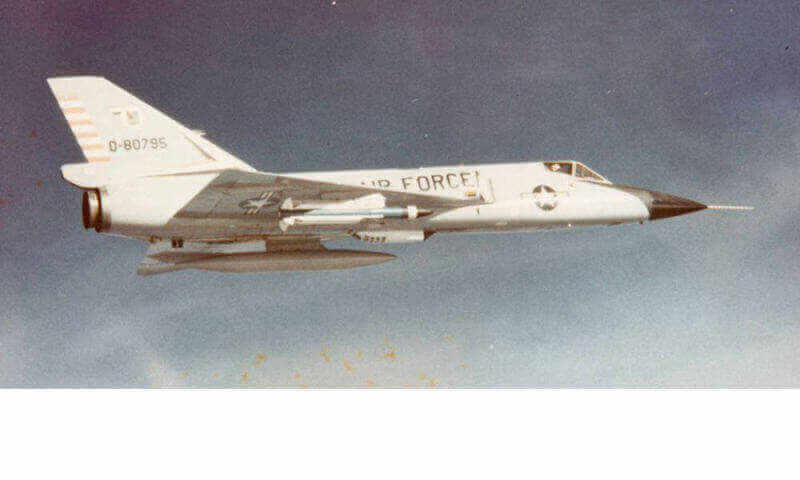 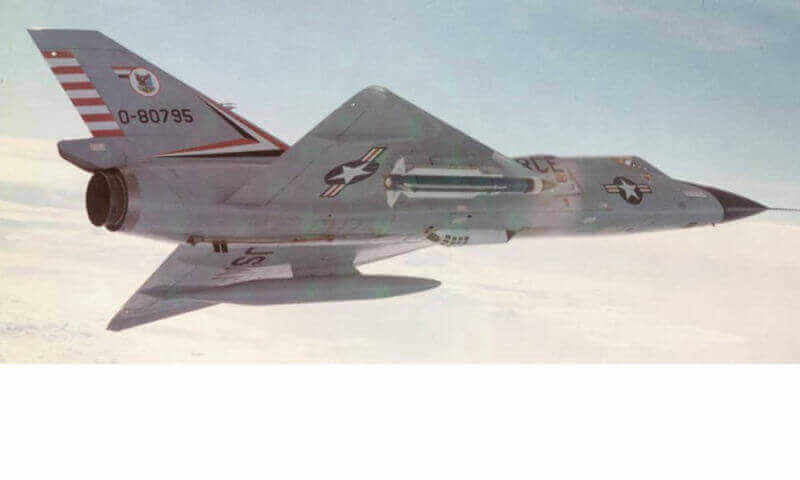 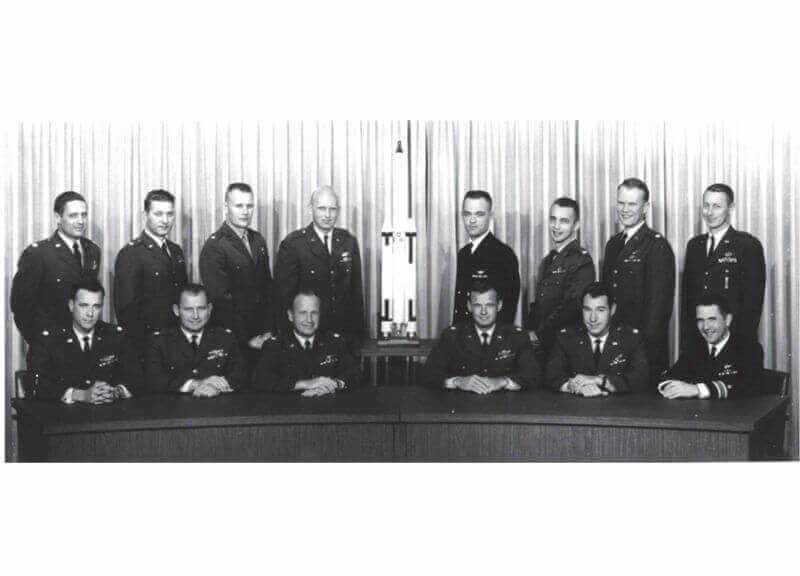 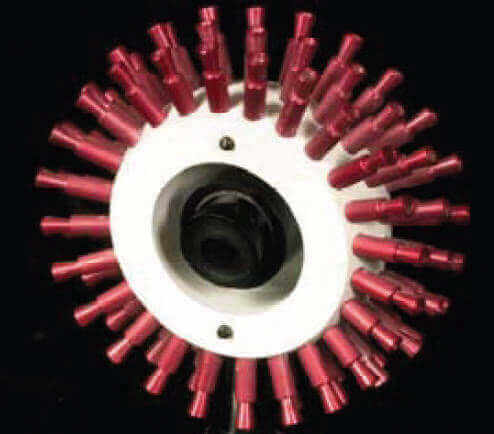 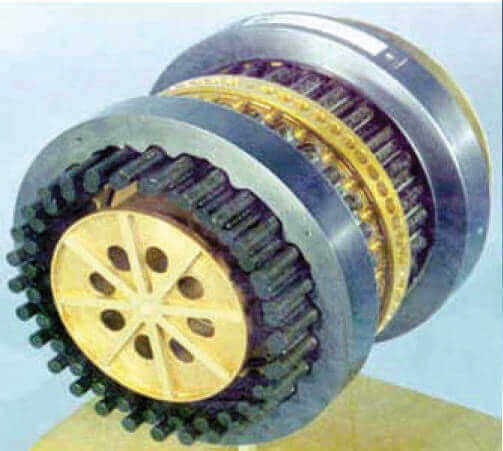 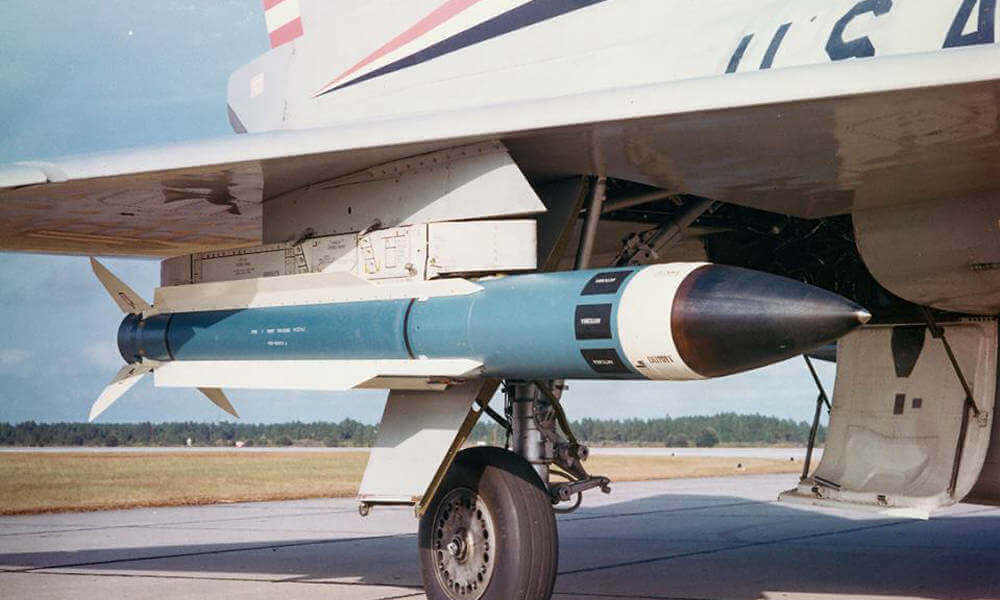 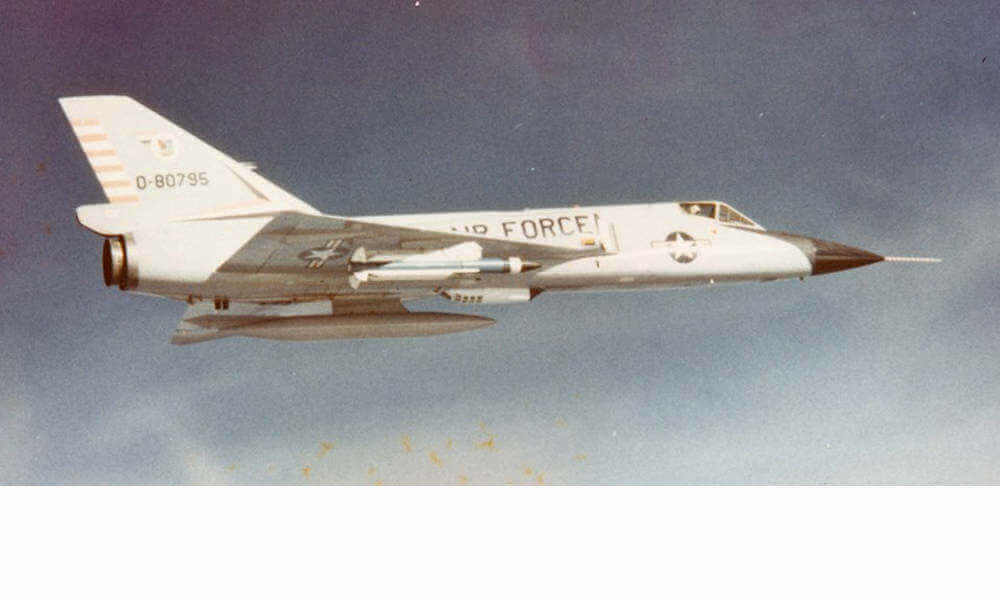 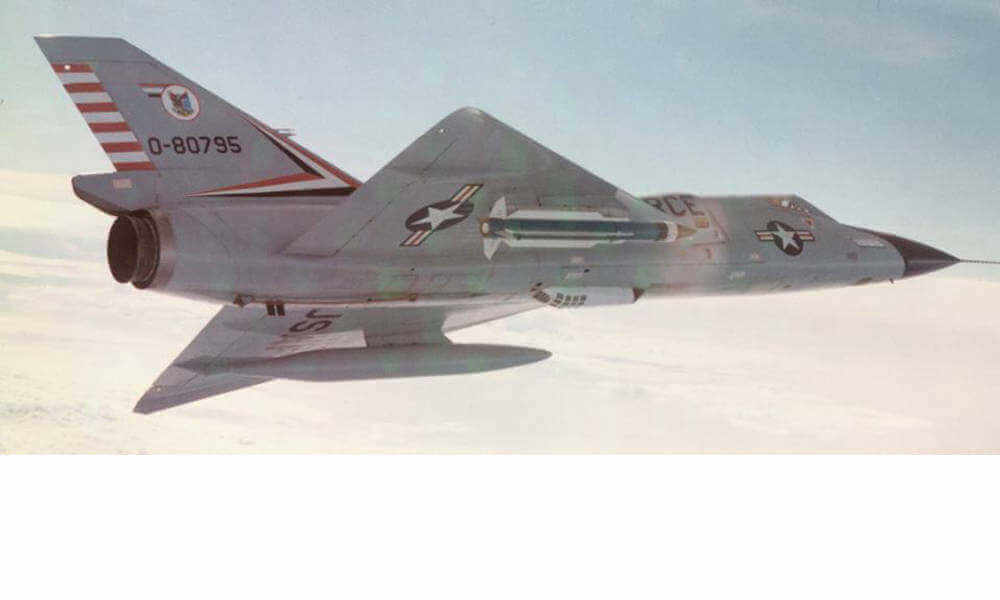 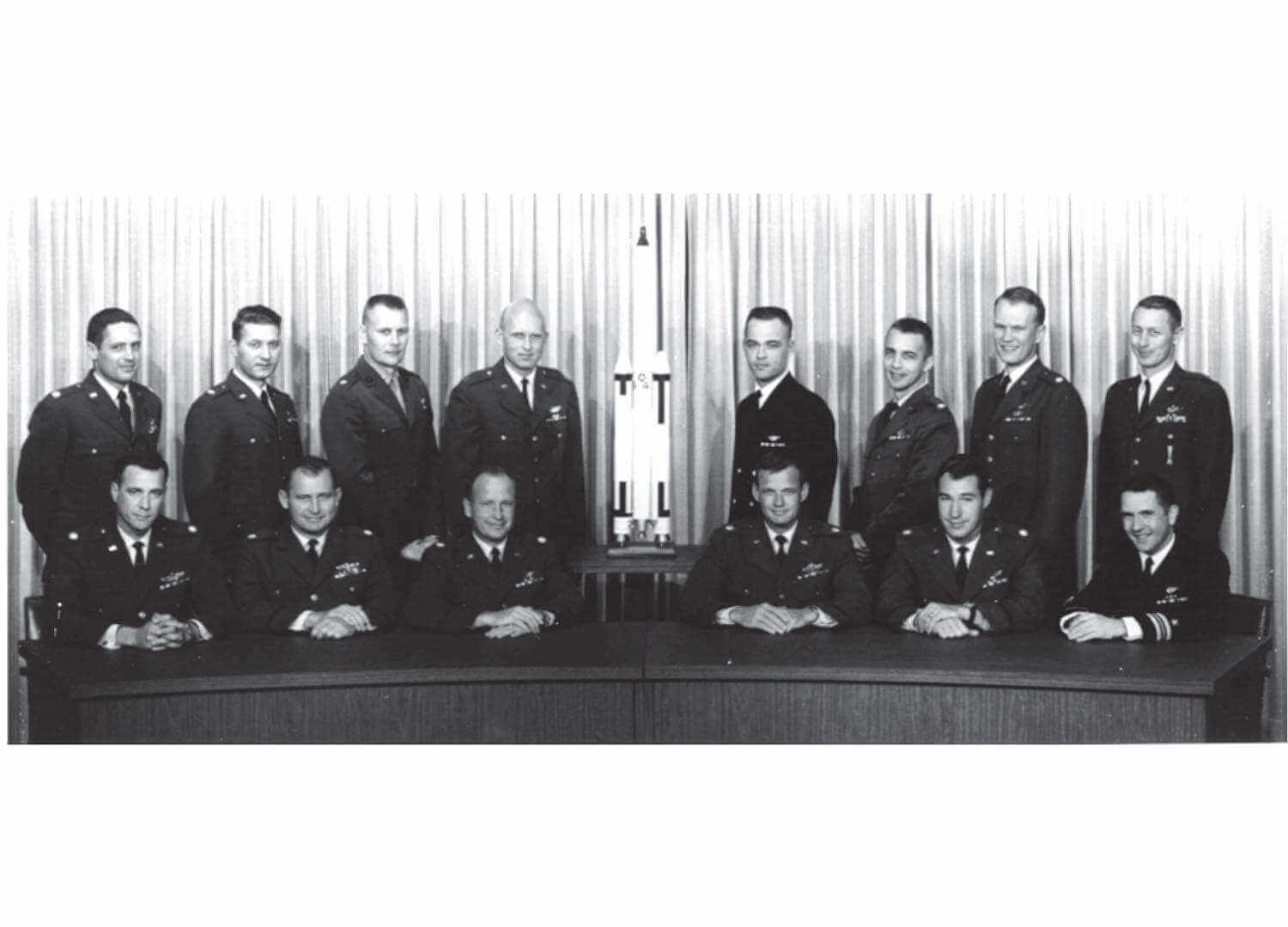 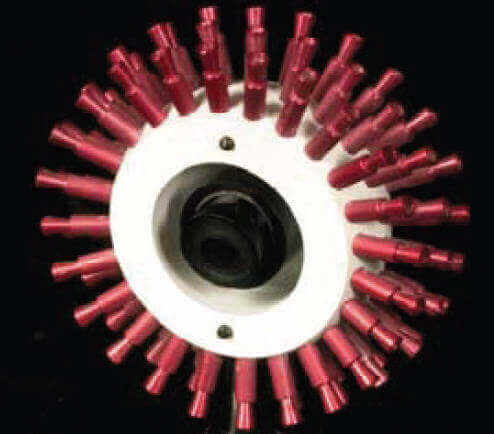 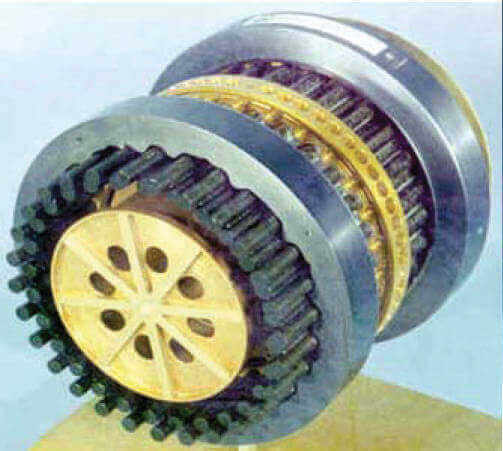 During the 1970s the Missile and Space Defense Program began to develop a concept for a follow-on antisatellite weapon system that would not use nuclear warheads. Concerned about the increasing US reliance on space systems for national security, President Ford in 1976 issued National Security Decision Memorandum 333, which called for development of ASATs "commensurate with planned use in crisis and conflict."

The era of US kinetic-kill anti-satellite systems was born.

Project Spike was the first effort. It involved a two-stage missile launched from an F-106. In space, the missile would release a terminal homing vehicle, which would be guided by solid rocket motors to smash a target.

The weapon was actually developed in two successive, related efforts. The first effort was known as Project Spike. It involved launching a two-stage missile from an F-106 aircraft. The missile would release a terminal homing vehicle guided by solid rocket motors on a trajectory to intercept the selected satellite, which it would destroy by impact.

Project Spike did not progress to development. But in 1978, its concept, and some of its technology, was adopted by a new program initially designated the Prototype Miniature Air-Launched System (PMALS).  PMALS was run out of the Air Force Systems Command’s Space Division. Its mission was to build a weapon able to destroy satellites in low Earth orbit.

The Project Spike Antisatellite system study in 1975 used a 1970's suborbital conventional warhead ASAT air-launched from an F-106 interceptor, F-106A 58-0795. Considerable work was done from the early 1970s under the Missile and Space Defense Program. Research centered on the miniature homing vehicle (MHV) with nonnuclear kill capability. It seems to have lead to the 1980's F-15 launched ASAT of the same concept. Read 'Project Spike F-106 ASAT 580795' [712KB PDF File]

The nation's first operational antisatellite weapon system was known as Program 505. It was developed by the U.S. Army, using Nike Zeus missiles originally designed for an anti-ballistic-missile role. The Army based the missiles on Kwajalein Atoll in the Pacific, conducted tests, and declared the system operational on 1 August 1963. Secretary of Defense McNamara at first kept the system on alert but abandoned it in favor of the Air Force’s antisatellite system in 1964.

The Air Force’s anti-satellite system was brought into being by Space Systems Division during late 1963 and early 1964. A ground-based system known as Program 437, it employed Thor missiles with nuclear warheads which could be shot into space accurately enough to destroy or disable a hostile space-based weapon or satellite. Secretary of Defense McNamara approved the system's development on 20 November 1962. Thor boosters were modified, combined with ground equipment from deactivated Thor missile sites in England, and deployed to Johnston Is land in the Pacific. There they were maintained and operated entirely by Air Force military personnel. Four test launches without live warheads took place, the first on 1 February 1964. Only three of them were successful, but the system was declared fully operational on 1 June 1964, with Air Defense Command as the using command. The capability remained in place, though with few dedicated launchers and a temporary loss of warheads, until it was placed on 30-day standby status on 2 October 1970. The launch facilities on Johnston Island were deactivated on 1 April 1975, and the program was abandoned entirely.

While it was still active, however, SSD added a satellite-inspection capability to the system. On 23 May 1963, SSD’s higher Headquarters, Air Force Systems Command, ordered studies of the possibility of using Program 437’s assets to inspect and photograph hostile satellites on orbit. SSD developed such a system, known as Program 437AP (for Alternate Payload), and conducted several test launches from 7 December 1965 through 2 July 1966. Some of the tests were successful in returning photographs of the targeted Agena spacecraft. The system employed cameras and recovery capsules developed by the Corona program. Nevertheless, the Air Force canceled Program 437AP on 30 November 1966.

During the 1970s, SAMSO began to develop a concept for a follow-on antisatellite weapon system that would not use nuclear warheads. The weapon was actually developed in two successive, related efforts. The first effort was known as Project Spike. It involved launching a two-stage missile from an F-106 aircraft, F-106A 58-0795. The missile would release a terminal homing vehicle guided by solid rocket motors on a trajectory to intercept the selected satellite, which it would destroy by impact. The program conducted a static flight test with the ARM missile, fitted with a dummy payload representing the homing vehicle, mounted on a special rack on the F-106.

Project Spike did not enter the development stage, but its technology and design provided the basis for a later antisatellite development program known as the Air-launched ASAT, which SAMSO began to develop in 1976. Like Project Spike, the Air-launched ASAT employed a miniature homing vehicle propelled into space by an air-launched two-stage missile, although in this case the missile was released from an F-15 fighter. The miniature vehicle used a longwave infrared sensor to acquire its target, steered toward the target by selectively firing small rocket motors, and destroyed the target by force of impact. The system achieved a high degree of technological success. Its first free-flight test on 21 January 1984 was successful, although its second test on 2 November 1984 was not.54 Finally, on 13 September 1985, the ASAT successfully carried out its only flight test against an orbiting satellite,55 which it destroyed by impact. Despite some further successful testing, the Air-launched ASAT program was terminated by the Air Force on 14 March 1988 because of Congressional restrictions against testing and budgetary constraints.